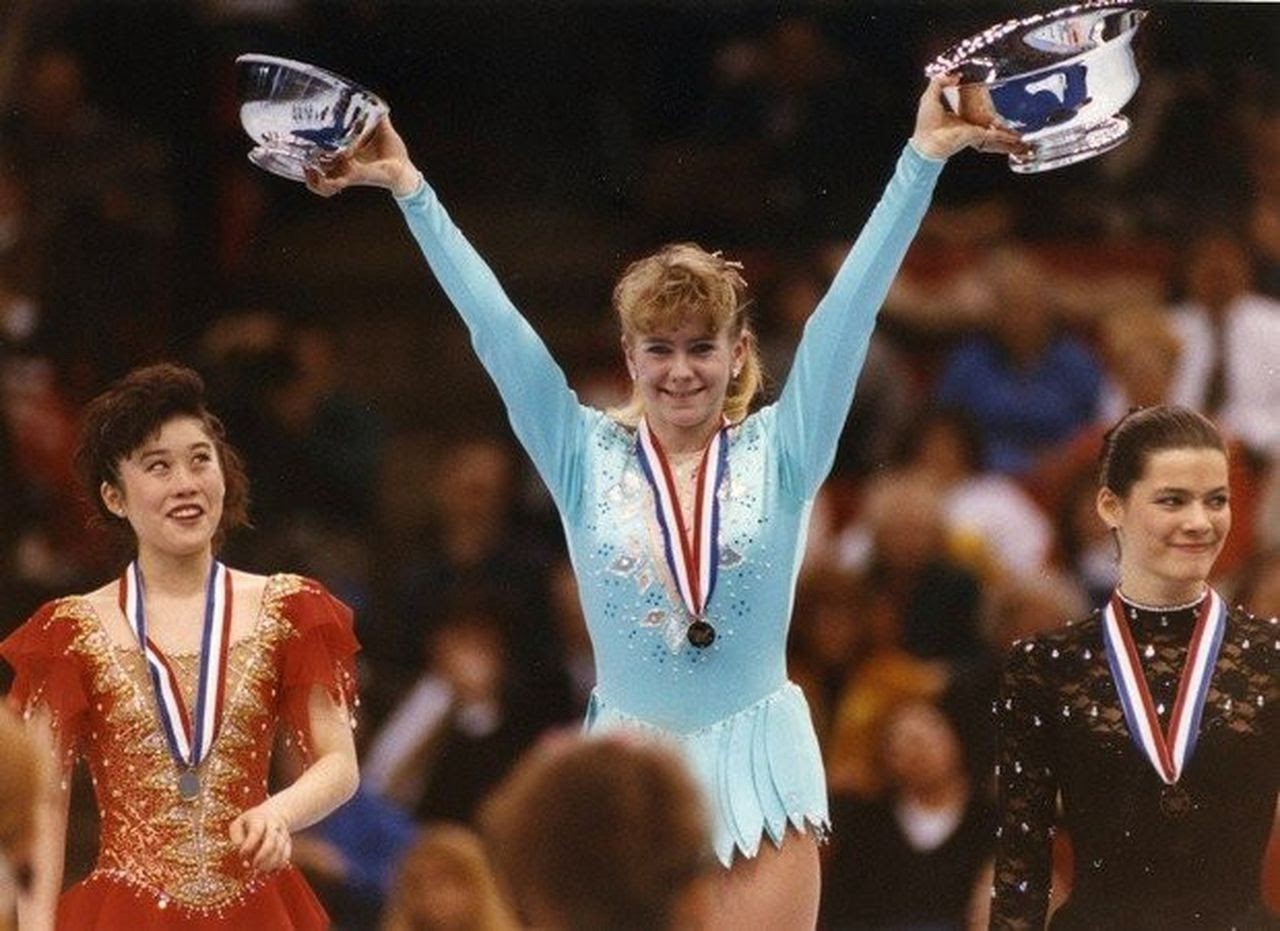 Check out the first part of the series here

Before we get into it, I wanted to mention that I started writing this blog before the recent Britney Spears documentary was released. Many have already discussed the much-needed public reckoning that came out of that documentary. As a country, we’ve been forced to hold a mirror up to ourselves and face some uncomfortable truths about how we treat women in the public eye, and how that treatment affects the real human being who has been willingly or unwillingly thrust into the spotlight.

And so we come to Tonya Harding.

Tonya Harding was an award-winning figure skater from Portland Oregon. Tonya began skating at age 3, it was truly the love of her life. Figure skating is an expensive sport, and her family struggled to find the money for Tonya to participate. She worked hard at her craft, often practicing before and after school, and taking odd jobs at the mall so that she could get time on the ice rink. Her personal life was filled with trauma. She suffered terrible abuse at the hands of her mother, her older brother, and her ex-husband Jeff Gillooly. Even in the world of skating, Tonya faced scrutiny for her costumes, her looks, and her class.

Despite all this Tonya’s passion for skating remained, and she became a two-time Olympian and two-time Skate America Champion. She was known for her athleticism and powerful skating technique.

For those of you that might not be too impressed, the triple axel is the most difficult jump in all of figure skating. Check out Harding’s amazing performance below:

In 1994 Harding became the center of a highly publicized scandal with Nancy Kerrigan, another American figure skater, and Olympic contender.

For those of you who don’t remember the incident, it was pretty much the scandal of the year. Shawn Eckhardt, a bodyguard and friend of Tonya’s ex-husband Jeff Gillooly clubbed Kerrigan in the leg. The injury was meant to take Kerrigan out of the Olympic competition. The real to a conspiracy between Shawn and Jeff to injure Kerrigan as a way to increase demand for their bodyguard services. The reason we know all this? Because Shawn literally told everyone he knew about his plan.

Her looks and poor family background would be the center of numerous articles and news programs. Despite the fact that Kerrigan and Harding had similar blue-collar backgrounds, and were by all accounts friendly toward one another, the media choose what they thought was a better story: These two women hated each other. The media seemed obsessed with portraying Tonya as “butch” and “white trash”

“The media abused me in the first place,” Harding told The New York Times in 2018.

On March 16, 1994, Harding accepted a plea bargain in which she pleaded guilty to conspiracy to hinder prosecution. As a result of her involvement in the assault on Kerrigan, the United States Figure Skating Association banned her for life on June 30, 1994. She was also stripped of all of her awards. All because she might’ve known about the plot to injure Nancy Kerrigan, and didn’t come forward to the police. Effectively, Harding was embroiled as part of a media-created scandal, and her life was ruined because of it. But that is not the end of the story.

Harding got a second chance in the spotlight, with several popular articles revisiting her story in a more nuanced way. The movie “I, Tonya” gave Americans a different more nuanced take on Harding’s life and the Olympic scandal that caused her so much trauma. The movie was critically acclaimed and went on to win numerous awards, including an Oscar. Even Harding herself enjoyed the film, calling it “magnificent,” though still, it was a fictionalized account.

It’s taken many years, but I hope that we can now see Harding’s story in a different light. Despite all of the hardships that she endured, Harding was able to achieve something that no other woman had ever achieved. And even though the Olympic committee stripped her of all of her awards, I don’t think they can ever take that away from her.

I’d like to thank Sarah Marshall and Michael Hobbs of the “You’re Wrong About” podcast for opening my eyes to the stories of these women. I’d like to give credit to Sarah Marshall for allowing me to see Tonya Harding in a different context. Her article on Harding is excellent and I highly recommend it for a great longer read.